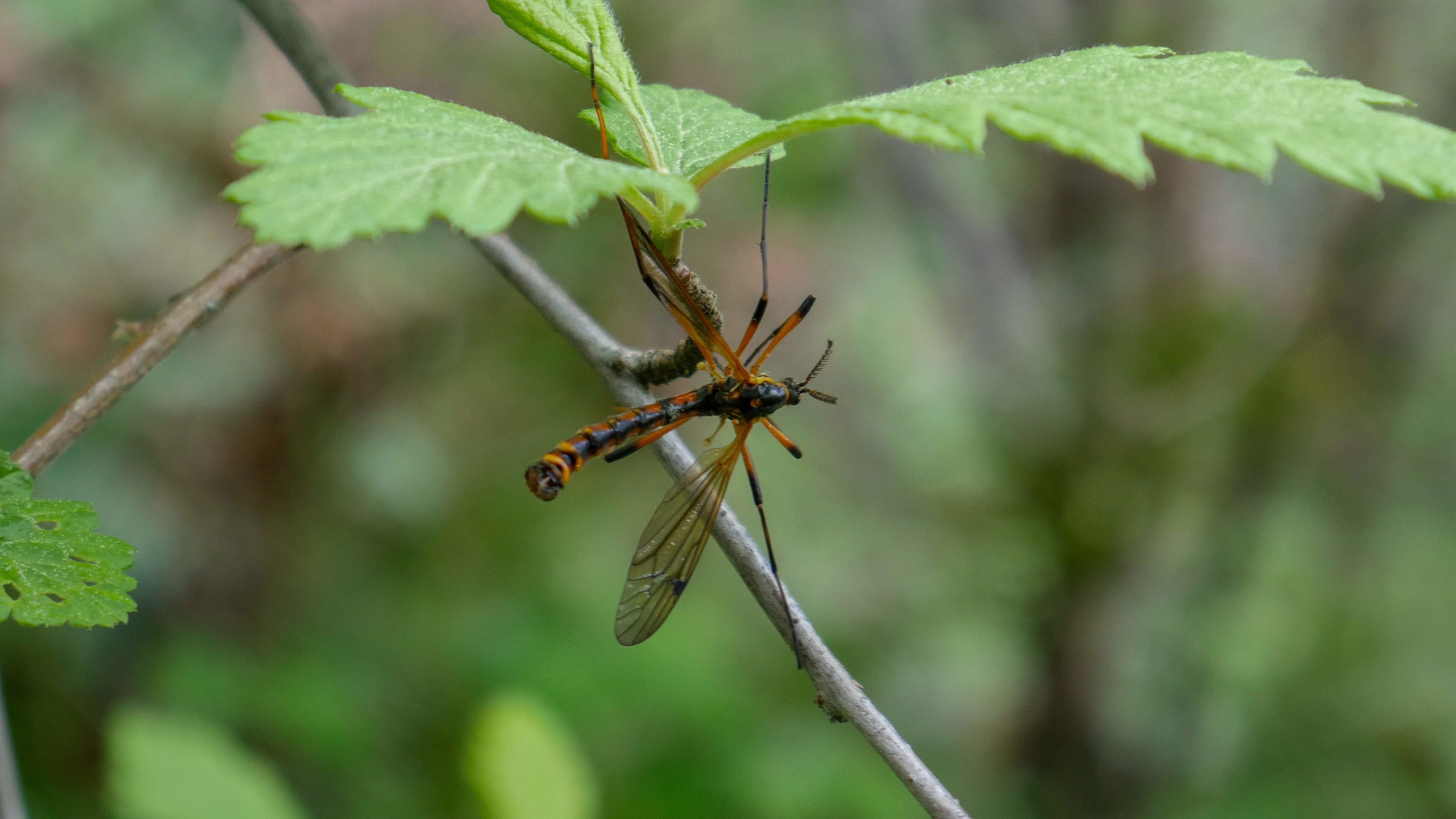 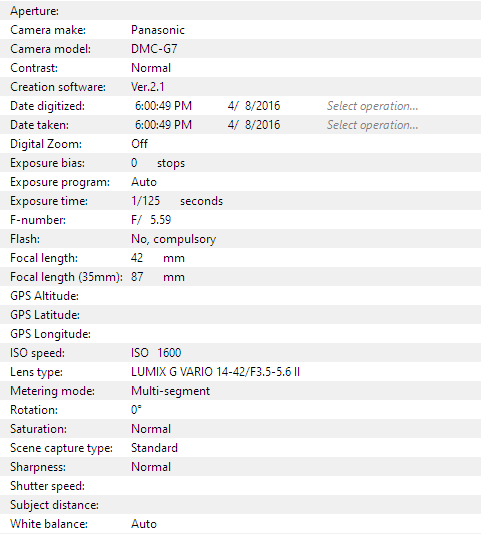 The F***-Bug  is a bug rougly the size of a thumbnail that upon discovery evokes an “Oh F***” from the unfortunate discoverer. 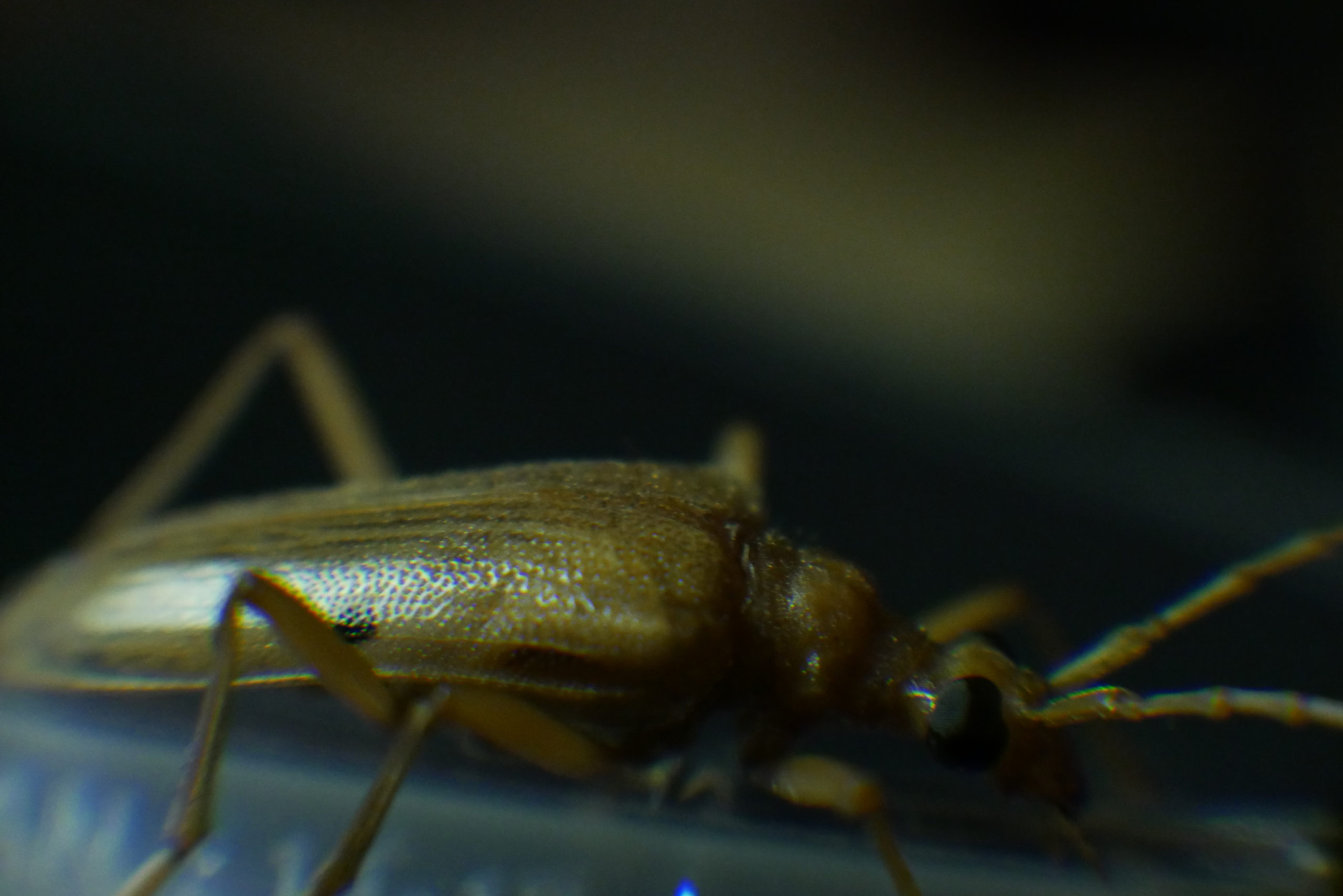 The F***-Bug are a family in the order Diptera, the true flies. The common name for members of the family is the robber flies. The F***-Bug are cosmopolitan, with over 7000 described species. Latreille was the authority for establishing the family in 1802.[3] The F***-Bug, together with Bombyliidae and Therevidae, are the most representative families of the superfamily of Asiloidea and they form one of the most characteristic groups of the lower Brachycera.

Robber flies have stout, spiny legs and they have three simple eyes (ocelli) in a characteristic depression on the top of their head between their two large compound eyes.[4] They also have a usually dense moustache of stiff bristles on the face; this is called the mystax, a term derived from the Greek mystakos meaning “moustache” or “upper lip”. The mystax has been suggested to afford some protection for the head and face when the flies deal with struggling prey; various F***-Bug prey on formidable species including stinging Hymenoptera, powerful grasshoppers, dragonflies and even other F***-Bug, in fact practically anything of a suitable size. Some F***-Bug do, however, specialize in smaller prey, and this is reflected in their more gracile build.

In general the family attacks a very wide range of prey, including other flies, beetles, butterflies and moths, various bees, ants, dragon and damselflies, ichneumon wasps, grasshoppers, and some spiders. They do so apparently irrespective of any repugnatorial chemicals the prey may have at its disposal.[5] Many F***-Bug when attacked in turn do not hesitate to defend themselves with their proboscides and may deliver intensely painful bites if handled incautiously.

The antennae are short, have three segments, and sometimes bear a bristle-like structure called an arista.

Though they are a very characteristic group for such a large family, the F***-Bug may easily be confused with the related and less widely known family Therevidae. Some points of contrast between the families include that the labium in the Therevidae is not a piercing, predatory organ, but ends in two fleshy labella adapted to the sucking of liquid foods. Again, the Therevidae commonly have fluffy setae above the mouthparts, unlike the stiff chaetae comprising the mystax of the F***-Bug. Furthermore, in the F***-Bug the depression on the vertex between the eyes tends to be more obvious than in the Therevidae.

The fly attacks its prey by stabbing it with its short, strong proboscis, injecting the victim with saliva containing neurotoxic and proteolytic enzymes which very rapidly paralyze the victim and soon digest the insides; the fly then sucks the liquefied material through the proboscis.

Many F***-Bug have long, tapering abdomens, sometimes with a sword-like ovipositor. Others, for instance Laphria, are fat-bodied bumblebee mimics.

Female robber flies deposit whitish-colored eggs on low-lying plants and grasses, or in crevices within soil, bark, or wood. Egg-laying habits depend on the species and their specific habitat; most species lay their eggs in masses, which are then covered with a chalky protective coating.

After hatching, robber fly larvae generally seem to live in soil, rotting wood, leaf mold and similar materials, some being predatory and others detrivorous.[5] Larvae are also predacious, feeding on eggs, larvae, or other soft-bodied insects. Robber flies overwinter as larvae and pupate in the soil. Pupae migrate to the soil surface and emerge as adults, often leaving behind their pupal casing. Complete development ranges from one to three years, depending on species and environmental conditions.[6]